The Webseries Rude Mechanical (link to YouTube) launched on Sep 14, 2011, as a replacement to ZOE News. The biggest change was the addition of a captivating Hopjockey storyline where cast and crew played meta-versions of themselves and featured Zoe Adastra (Trin Miller) as the CEO of Zombie Orpheus.

Beginning with episode 10, they began broadcasting static pages [Figure 1], continuing through each episode until the series became too difficult to maintain.

At the time, a group of us on the now defunct ZOE Phase II Community Forum pored over these for hours. Together, we cracking the first cipher and the start of the second. Unfortunately, the show ended before all the pages could be revealed.

Flash forward to December 2016. The cipher creator, Greg Rubin (featured talking about the cipher with Zoe Adastra in Episode 10), posted all 19 slides in a Facebook album (link to Facebook).

By then the ZOE Phase II forum had been down for years and we weren’t able to reconnect. I did go through my notes and with a helpful nudge from Greg, I was able to finally crack the second layer and reveal the secret message. What follows are the steps and solutions to the Rude Mechanical Cipher.

IF YOU WANT TO SOLVE IT YOURSELF,

PART I – THE VIGENERE CIPHER

Slides 2 through 11 include 3 letters (exception, slide 11 only had one). Written out in order they are:

One of our forum group realized this was a Vigenere Cipher which uses a three-letter key to encrypt a message. Obvious now, the three letter key was ZOE. The solution:

Here's an online Vigenere Decoder (external link) if you'd like to try it out yourself.

I stumbled across this before we had unlocked the Vigenere cipher. I was trying to keep the images in one place so opened a Photoshop file and dropped each images as a new layer. When the new image replaced the previous one, my eye caught something, but I couldn't make it out. After a few trials, I discovered that the first sheet (the one without the letters) was the Key for the others. I’d toggle between 1 and 2, then 1 and 3, so on discovering that each revealed a 4 x 4 pattern. Like this. [GIF 1].

My wife suggested I make the Key 50% transparent and it revealed a much easier to read static image [Figure 2].

Repeating this with the Key over the other 18 slides unlocked

Studying the grided slide, it didn’t take long to see there were 16 characters in order 0 to 9, then A to F [Figure 3].

Examining the last slide: it wasn't a crossword puzzle, but a 16x16 template with certain squares that needed to be punched out to isolate individual characters [Figure 4].

Placing the punch-out over the final 16x16 revealed the start of the message [Figure 6].

This unlocks 64 characters of the message, rotating the window clockwise, unlocks another 64 characters. Continue until all 256 characters are revealed.

The final message reads as follows:

BROADCAST LOCATION TO BE HAVEN STOP

At the time of this writing, the URL provided doesn't exist. If it ever did, I'm not sure what it revealed.

Congratulations to ZOE and Greg Rubin for making a creative project that, for a time, brought a few fans really close together to solve a common goal.

Give the gif that keeps on gif-ing...

I've set my sights on building a database of searchable The Gamers GIFs. More for my enjoyment than for any practical use, but I intend to house them on giphy (maybe others like tenor too, but definitely giphy). The first batch, currently in progress, is The Gamers: Hands of Fate (#TGHOF).
I may catalogue all The Gamers and JourneyQuest historical documents. 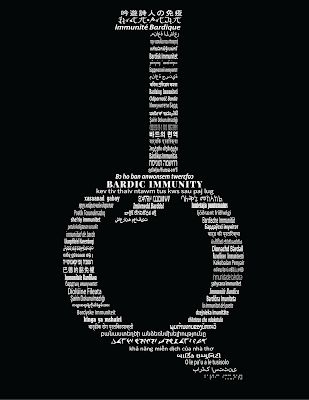 "Go. You have an alignment chart with me all over it? Genius!" - Roderick (The Lying Gargoyle) 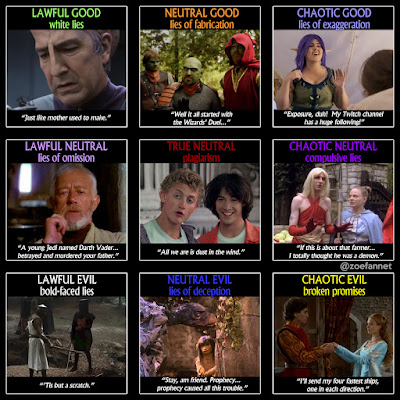 3 hours to make; 3 minutes to kill

Has this happened to your PC? I remember it taking us hours to roll up MERP (Middle-Earth Role Playing, 1st ed) characters and then our party's Animist dying in the first round of combat. 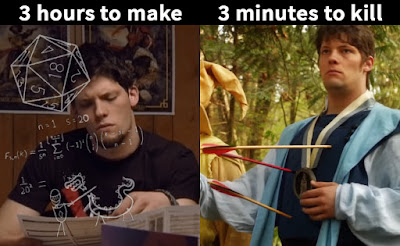