One of the joys I get from ZOE and other indie films occurs when they bring musical numbers into their creations. We've seen this most recently with Standard Action's ambitious musical episode: Performance Check. But vocal numbers crop up in other places too, such as Gary's brief memorial to Ninja Dragon Riders (and Firefly) from The Gamers: Hands of Fate, and this Dorkness Rising filk song:

If you've caught any of the Dead.FM podcast episodes, then you've enjoyed an eclectic range of musical talent mixed between sketch comedy and Don's soap boxing. There's also &@, who regularly include songs in their episodes -- like this opening from Have a Wet Christmas.  And finally, those in attendance at ZOECon2014 were lucky enough to hear Emilie Rommel Shimkus, as Wren Birdsong, belt out a song a cappella during a table read of JQ Season 3. A-mazing (remember to #RenewJQ).

Did I miss one of your favorites? Let me know in the comments.

This week's Fancraft goes along with today's music theme. This time it is another one for JourneyQuest (Did I already mention #RenewJQ? :) ). The inspiration came while I was singing my daughter to sleep and noticed the melody could be sung with several different lyrics. You've probably noticed them already: Twinkle Twinkle; A B C D; Baa Baa Black Sheep; and Do Do So So [ok that last one isn't a real song and came from my days of sight singing/ear training]. When I discovered  the core words needed for Twinkle Twinkle existed in Matt Vancil's Orcish-English Dictionary, I had to make it a thing.

P.S. Working on this reminded me that, as of yet, no one has performed Rival Guy's 6-part orcish ballad "Kit No Morfiart". I hope that gets rectified before GenCon.

Fancraft posts will be released every Wednesday (subject to content). Do you have a fancraft story that you'd like to share as a guest writer? Send your proposal to LMG@zoefan.net. 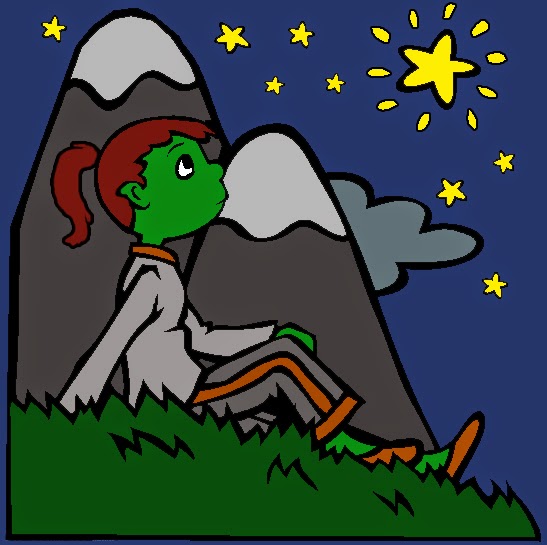 Posted by Link Master General at 2:00 AM